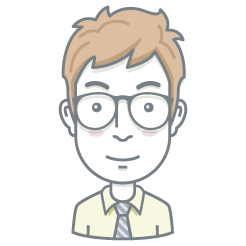 One Car Accident? You Might Not Actually Be At Fault

If you were recently involved in a collision in which yours was the only vehicle to crash, you might assume that you are at fault for the accident. After all, there's no other driver to blame -- right? Well, maybe not. In some circumstances, you may not be to blame for a one-car collision. And it's important for you to figure out if this is the case, since who's at fault will determine who pays for the damage. Here's a look at three other entities who your insurance company (or a judge, if you sue) may decide are responsible:

Did the condition of the road or traffic signs contribute to your crash? For instance, did you fail to see a "sharp turn ahead" sign because it was hidden behind a tree, causing you to veer off the road? Maybe you slid through an intersection that was not salted properly. Your lawyer may be able to argue that the municipality or local highway department acted negligently by failing to keep the roads safe, and that as a result, they are at fault for your accident.

It can be tough to prove that a municipality is to blame for a one-car accident; you'll need plenty of evidence. Eyewitness testimonies from people who saw the accident and reports from others who have driven on the road you crashed on and experienced similar dangerous circumstances can help.

Even if yours was the only car to crash, another driver can be named at fault for the accident if their actions caused it. For instance, if another driver ran a red light, forcing you to swerve out of the way and into a ditch, that person will be named liable for the crash.

Did you swerve to avoid hitting someone who was J-walking? Maybe a pedestrian threw a snowball at your car, blocking your view. Accidents of this sort are almost always found to be the fault of the pedestrian who performed the action that made you crash. Since the pedestrian was not driving when the accident occurred, they will be personally responsible for the damages (not their insurance company). Thus, it may take a while to get reimbursed, depending on the pedestrian's financial situation.

If you believe someone else is to blame for your one-car crash, get in touch with an auto accident attorney today. Proving that you're not at fault for a crash can be tough, but with the right lawyer, you stand a good chance of collecting what you deserve.

Contact a lawyer, such as Gelman Gelman Wiskow & McCarthy LLC, for more information.